Translational Biosciences, a subsidiary of Medistem Panama has received the county’s first clinical trial approval for the treatment of rheumatoid arthritis with human umbilical cord-derived mesenchymal stem cells (MSC) from the Comité Nacional de Bioética de la Investigación Institutional Review Board (IRB).
Rheumatoid Arthritis (RA) is an autoimmune disease in which the patient’s immune system generates cellular and antibody responses to various components of the joint such as type I collagen. As a result of this immune response, not only does joint destruction occur, but also other secondary complications such as pulmonary fibrosis, renal damage, and even heart damage. RA affects approximately 0.5-1% of the population in the United States.
Mesenchymal stem cells harvested from donated human umbilical cords after normal, healthy births possess anti-inflammatory and immune modulatory properties that may relieve RA symptoms. Because they are immune privileged, the recipient’s immune system does not reject them. These properties make MSC interesting candidates for the treatment of rheumatoid arthritis and other autoimmune disorders.
Each patient will receive five intravenous injections of umbilical cord stem cells over the course of 5 days. They will be assessed at 3 months and 12 month primarily for safety and secondarily for indications of efficacy.
The stem cell technology being utilized in this trial was developed by Neil Riordan, PhD, founder of Medistem Panama. The stem cells will be harvested and processed at Medistem Panama’s 8000 sq. ft. laboratory in the prestigious City of Knowledge. They will be administered at the Stem Cell Institute in Panama City, Panama.
The Principle Investigator is Jorge Paz-Rodriguez, MD. Dr. Paz-Rodriguez also serves as the Medical Director at the Stem Cell Institute.
“While this is just the first step, it is our hope that Panama’s rapid emergence as a leader in applied stem cell research will lead to safe, effective treatments for debilitating diseases such as rheumatoid arthritis and serve to benefit all Panamanians who suffer from it in the not-too-distant future,” said Ruben Berocal, M.D., National Secretary of Science, Technology and Innovation (SENACYT). “Oversight by the National Committee for Investigational Bioethics ensures patient safety by demanding ethical transparency and compliance with the highest levels of international standards,” he added.
For detailed information about this clinical trial visit http://www.clinicaltrials.gov. If you are a rheumatoid arthritis patient who has not responded to disease modifying anti-rheumatic drugs (DMARD) for at least 6 months you may qualify for this trial. Please email trials(at)translationalbiosciences(dot)com for more information about how to apply.
About Translational Biosciences
A subsidiary of Medistem Panama Inc., Translational Biosciences was founded solely to conduct clinical trials using adult stem cells and adult stem cell-derived products.
Translational Biosciences Web Site: http://www.translationalbiosciences.com
Email: trials(at)translationalbiosciences(dot)com
About Medistem Panama Inc.
Since opening its doors in 2007, Medistem Panama Inc. has developed adult stem cell-based products from human umbilical cord tissue and blood, adipose (fat) tissue and bone marrow. Medistem operates an 8000 sq. ft. ISO 9001-certified laboratory in the prestigious City of Knowledge. The laboratory is fully licensed by the Panamanian Ministry of Health and features 3 class 10000 clean rooms, class 100 laminar flow hoods, and class 100 incubators.
Medistem Panama Inc.
Ciudad del Saber, Edif. 221 / Clayton
Panama, Rep. of Panama
Phone: +507 306-2601
Fax: +507 306-2601
About Stem Cell Institute Panama
Founded in 2007 on the principles of providing unbiased, scientifically-sound treatment options, the Stem Cell Institute has matured into the world’s leading adult stem cell therapy and research center. In close collaboration with universities and physicians world-wide, our comprehensive stem cell treatment protocols employ well-targeted combinations of autologous bone marrow stem cells, autologous adipose stem cells, and donor human umbilical cord stem cells to treat: multiple sclerosis, spinal cord injury, osteoarthritis, rheumatoid arthritis, heart disease, and autoimmune diseases. To-date, the Institute has treated over 2000 patients.
For more information on stem cell therapy:
Stem Cell Institute Website: http://www.cellmedicine.com
Stem Cell Institute
Via Israel & Calle 66
Plaza Pacific Office #2A
Panama City, Panama
Phone: +1 800 980-STEM (7836) (USA Toll-free) +1 954 636-3390 (from outside USA)
Fax: +1 866 775-3951 (USA Toll-free) +1 775 887-1194 (from outside USA) 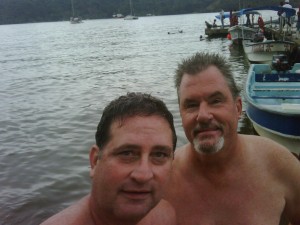 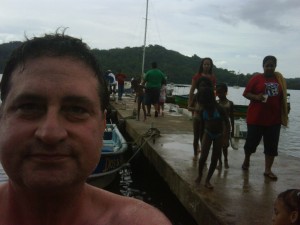 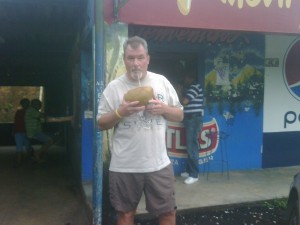